You are here: Home>Topics>My working day>Don Berrington was Managing Director of the Helicopter Division at Westland. He became skilled at selling helicopters and many of the big orders won by the company were negotiated by him

Don Berrington was Managing Director of the Helicopter Division at Westland. He became skilled at selling helicopters and many of the big orders won by the company were negotiated by him 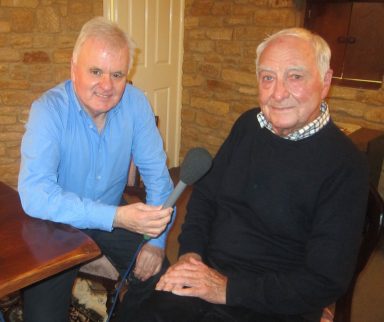 There were sort of two aspects to it really, the technical aspect you need to know what the guy is looking for, what are his primary roles, what are his secondary roles, what sort of task is it going to undertake and you’ve got to make sure that your helicopter meets his requirement in that technical respect. Now the one thing that Westland were very, very good at was adapting the basic machine to suit very specific needs of a particular operator and whereas most people were trying to sell the standard product we always knew that we would have to modify the product to suit what the operator really needed. We didn’t blanch at that, we just said “Ok, that’s what we’ll give you.”

Did you close some deals?

Yes, some very important deals. Well, in fact, two of the largest deals that the company ever had. One was the Mark 42 sale to India of the Sea King, a very advanced version of the Sea King. Much more advanced than anything the Royal Navy ever had or had since. More like half way between a standard Sea King and an EH101. That was a really big deal. Twenty helicopters, the biggest deal the company had ever had and also the Canadian deal, which was even bigger, that was something like fifty helicopters but, of course, the government, the Canadian government, when it changed governments, cancelled it anyway and it turned out there’d just be about fifteen search and rescue helicopters at the end of the day but both very big deals.

My working day, How I did my job, Don Berrington,