You are here: Home>Topics>My working day>David Angulo was a Management Accountant at Westland and remembers when workers were paid their wages in cash 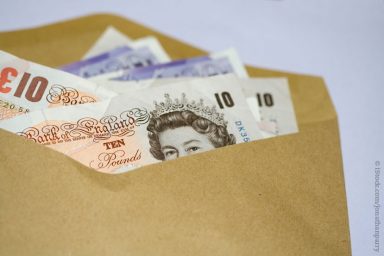 The payroll management, the payroll people, they had a sort of chain of command. We didn’t make up the wages. They were made up by their staff, actually physically, put all the cash, coins I suppose, into little brown envelopes. Various boxes were made for various departments so a department like the machine shop for example which was, I don’t know, 150 guys, maybe more. In fact, I think the machine shop was split between two different boxes so you had two different people, you know, one was the first half of the numbers on the clock system and the other half were the staff people and you’d literally have this box full of money, big brown box full of money, take it and set up.

They had to present their clock card

The one I used to do was to just set up in the manager’s office. The manager would be there, he would stay and have a chat and one thing and another and I suppose stand guard but I don’t know what he was going to do if a guy with a gun came in but that was not really likely was it. This was Westlands and you were not really going to get a guy with a gun. But security being like it is, he would stay around, we would have a chat and the guys, when they came in, you’ve got their money. a last week’s completed clock card and signed up and all the rest of it by the right authority and for their clock card we’d give them their money. We took all the clock cards back.

Everything had to balance, of course, being that sort of environment so we had the right number of cards, the right number of packets. Sometimes there were packets remaining because sometimes the packets were in there but the guys were on night shift so they obviously weren’t there so they would go and collect theirs on their night shift, late at night when they’re on. Then, we’d take the box back with hopefully everything balanced. The right number of cards that they’d handed in, the right number of packets you’re now minus and the packets remaining are the right ones for guys who haven’t come in. That used to be fun because again it was a social kind of thing. You used to get to know some of the guys obviously it was the same guys because you’d tend to do the same shop. I personally was involved with the paint shop quite a lot of years. It was just – would you like to do paint shop – yes OK and it became the regular routine.