You are here: Home>Contributors>Ian Pavey>Ian Pavey worked as a Flight Test Engineer on the Sea King 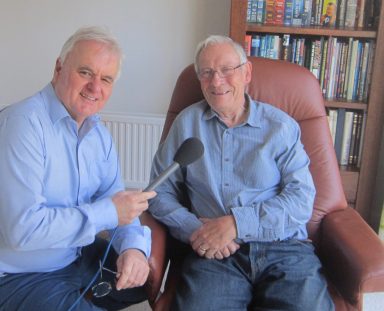 Almost every Sea King manufactured at the Yeovil factory was worked-on by Ian Pavey. He says it’s the most reliable aircraft ever built by Westland; “even in a gale force wind it was as steady as a rock”

We developed airborne early warning on the Sea King

Worked with the Egyptian Air Force

Very much got involved with Egypt. The VIP Sea King which President Sadat was going to use for the re-opening of the Suez Canal and got very involved with that and spent very happy weeks in Egypt with the Egyptian Air Force, getting all sorted for it. Went over there about four times as we made the Commando variant. We also made them airborne early warning – no – an electronic counter-measures aircraft, as well.

It’s a good rugged aircraft, as I said. For a start, you walk-up some steps to get into it. You don’t have to clamber through the window or, hop through the top. You actually walk-up to it, you walk-in it and then you sit down. It exudes this sense of ruggedness and confidence. You can sit in it, getting on for gale force wind, over the sea 40 foot from tremendous waves and you are steady as a rock and you have every faith in your vehicle.

Ian Pavey, My working day, How I did my job, Aircraft types,