You are here: Home>Contributors>Dave Gibbings>Dave Gibbings is a former Chief Flight Test Engineer at Westland and remembers one of his heroes, the renowned aircraft designer, W.E.W. Petter

Dave Gibbings is a former Chief Flight Test Engineer at Westland and remembers one of his heroes, the renowned aircraft designer, W.E.W. Petter 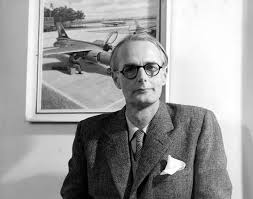 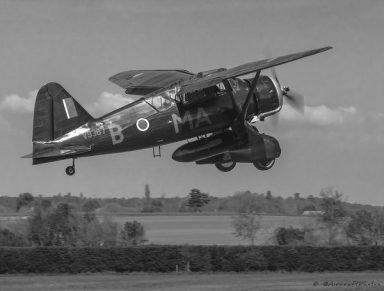 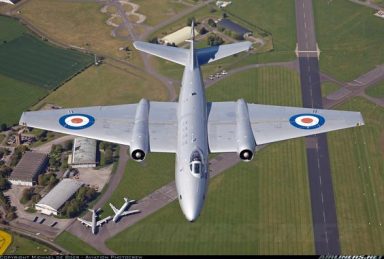 Around about the 1930’s was the breakthrough in some ways because of the Managing Director’s son W.E.W. Petter, Wilfred Edward Willoughby. Dear old Sir Ernest said, “My boy will come and join the Company and work his way up from the bottom”. What he meant was something like tea boy on Monday and Managing Director on Friday! But he turned out to be an inspired designer and one of the victories of the centenary is that a chap called Glyn Davis, a professor in London showed an interest in this and wrote a book on W.E.W. Petter, called ‘From Lysanders to Lightning’.

He was the guiding hand behind the Lysander

So W.E.W. designed had a part in most of the aircraft from the 30’s. He was the guiding hand behind the Lysander, ably assisted by a chap called Arthur Davenport. Anyway, they produced the Lysander, then the Whirlwind fighter. The Whirlwind fighter was just a tiny bit bigger than the Spitfire, twin engine and slightly faster, and it was designed against the idea that the Battle of Britain would get fought over France. Good old British thinking, you see! But when France capitulated and we were on our own the idea of producing twin engine fighters didn’t make sense because if you can get one fighter per engine (instead of one fighter with two engines) you’ve got a better arrangement. The Whirlwind was a successful fighter. It had four 20mm cannon, very fast and very manoeuvrable, but we didn’t really need twin engine long range fighters, they really needed Spitfires and Hurricans. We then produced the thing called the Whelkin, a high-altitude fighter, because the Germans were coming over at very high altitudes and reconnaissance, so it was time we put a stop to that.

Eventually, at the end of the War, the Wyvern was being produced and Petter himself wasn’t too involved in that, and he took high dudgeon at the helicopter idea anyway and he quit and went to English Electric and there he designed the Canberra bomber, which is probably one of the finest jet bombers for many years, and kept us going during the Cold War, and having done that he set out the initial configuration of the Langley. Then, he left them and joined Folland and became the Chief Executive of Follands as well as Designer, and designed the Gnat, which is the aircraft that the Red Arrows use. Around that time his wife contracted Parkinsons and he, at that time, was getting worried about the Government’s moves cutting down the size of the industry and all the companies like Dehavilland and Hawker Siddeley and all those people disappeared and he just left and went and joined a religious community in France. The man who ran this religious commune was a charlatan and fleeced him for every penny he’d got and he died impoverished. I always thought he was the forgotten designer so I was very keen that the Petter book should come out during the Centenary and it has. It’s the story of a man who is of the same calibre as Sidney Camm and Mitchell and all these people.