You are here: Home>Contributors>Dave Gibbings>Dave Gibbings is a former Chief Flight Test Engineer at Westland and remembers when the Wapiti was built at the Yeovil factory 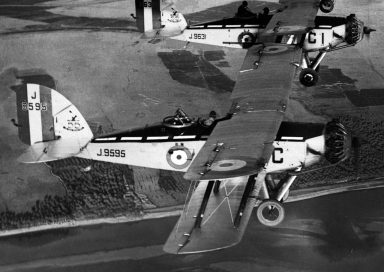 The Wapiti is a North American Deer, a sort of elk type thing and aircraft. There was a system for naming aircraft. Fighters got names of predators like tiger, eagle and falcon and things like that. Bombers had names of inland towns, seaplanes and flying boats had the names of coastal towns, trainers had the names of academies and universities and the more general purpose aircraft and transports had names of further inland towns or slightly more gentle animals to sort of indicate their capability. Names like Andover and Hayford and things like that came about, but there was a system.