You are here: Home>Contributors>Dave Gibbings>Dave Gibbings is a former Chief Flight Test Engineer at Westland and remembers the Dragonfly being the first helicopter to be built at the Yeovil factory 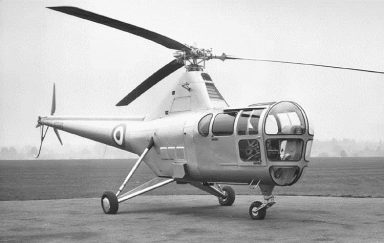 We started looking around at, sort of, swords to plough shears, if you like, and they thought well helicopters sounded a good thing, they don’t go around killing people. In order to do this Westland decided to take on the Sikorski licence, and they negotiated a very good one with Sikorski to produce the Dragonfly, and they turned it into quite a good aircraft. And over the years, up until 1960, they extended that to various other aircraft, and as I say by 1960 they had produced about 600 aircraft, and sold them.

The Government said this is getting ridiculous

This is where the rest of the industry comes in, because there were four helicopter companies and a number of aircraft companies. What the Government had said was look, this is getting ridiculous, there are 20 aircraft companies, a handful of orders, and we are going to give the orders to the companies that comply with our wishes and become a bigger independent unit, and it is their aircraft which will get the orders.

Westland started to acquire the other people

Everybody slowed down a bit on what they were doing and by the time the dust had settled there was British Aircraft Corporation and Hawker Siddeley Group. And those two embraced all the companies that had existed before. Westland started to acquire the other people. They bought out Saunders Roe first who had in turn bought out Ceiva, they were producing Skeeters for the Army primarily, and working on the Belvedere for the Royal Air Force. Most of the accessing was done at Weston-Super-Mare. Westland were doing all their work with Sikorski and they were producing aircraft and selling them and, as I say, about 600. There were three other companies, Bristol, Fairey Aviation and Saunders Roe.  Saunders Roe were doing the Skeeters for the Army and that was about it. Bristol was producing the Sycamore and the Belvedere, a twin engine, twin rotor aircraft, rather like the Chinook. And that was the product of Raoul Hafner, one of the pioneers. And Fairey, who were producing their own design and I think a tip-jet drive helicopter. I have affection for that because it was the first helicopter I ever flew in.

Westland were cash rich and sthey bought us all out

By then I was working for Fairey Aviation and flew with the Rotodyne, which gives me quite a unique bit of experience. Rotodyne was big, 40 seater, by the way they designed it as a compound helicopter, it could let the rotor free wheel and was using less fuel, or about the same fuel, to go quite a lot faster, and was incredibly safe. There is not much more to say about that than it was an exciting project. But both Bristol and Fairey, and to some extent Saunders Roe, had all gone the other way to Westland. They were producing aircraft but on a cost-plus basis which was costing and spending money. Westland, on the other hand, were producing an aircraft which they were selling in large quantities. They were cash rich and so, of course, they bought us all out.