You are here: Home>Topics>World War 1: the beginning>Liz Capper is the granddaughter of Percy Petter who, with his twin brother Ernest, founded Westland in 1915. She says her grandfather's religious beliefs and high principles strongly influenced the setting-up of the company

Liz Capper is the granddaughter of Percy Petter who, with his twin brother Ernest, founded Westland in 1915. She says her grandfather's religious beliefs and high principles strongly influenced the setting-up of the company 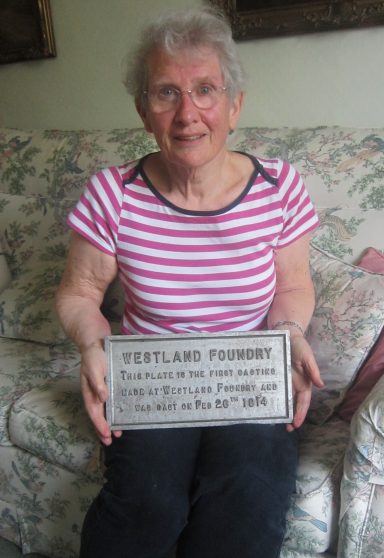 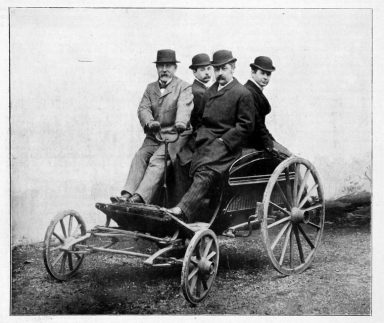 The stories I remember about my grandfather were the stories of his tremendous concern for the workforce in the early days. He reckoned that they were family and he felt very responsible for them and some of the early stories in Petter News describes his efforts to try and help those people who were really having difficult times through those years of the depression and trying to make sure that people had an adequate amount of food and clothing and there are descriptions of trying to raise and help people and help get people to help others.

But then really the stories went on for the time when he became Mayor of Yeovil and, in fact, I went to see the plaque in Yeovil when I was there the other day and again he was Mayor for two successive years and during which time there were quite a lot of difficult situations going on and particularly times of poverty and difficult times for people which he tried very much to try and negotiate ways to improve the place in Yeovil.

You might be interested to know he was a strongly Christian man and through his life he did a lot of preaching but also he had a great sense of the importance of reading and while he was Mayor of Yeovil he said that any child at the age of six who was able to come into the Mayor’s chambers and read him a verse would be given their own bible so a tremendous number of these bibles were given to boys and girls at that time. We ourselves had the same challenge and it was a terrible sweat trying to read a verse by the time you were six so that you’d get your bible, but so we had that.

My grandfather designed one of the incredibly early cars. We’ve got references to making a car in 1896 and they made a horseless carriage. They converted a carriage and put an engine in it and he was a tremendous experimentor. He thought that he really should be able to fly and so he used to try and create wings and an engine to fly. He did all kinds of things like that. He was quite a character.

He didn’t die until 1965, I think, somewhere about there and, yes, I met him on many occasions. Quite an imposing man and, you know, very much a Victorian in his outlook as to how people should behave. He engaged with us children really well but we did have to behave, yes, yes, that’s right.

Oh, he was quite rotund. We used to laugh because his shoes sort of turned up at the toes so we felt he was sort of, you know, pivoted slightly. He had quite a tummy and yes he wasn’t very tall. I expect he was about five-foot-six at the end but I think he’d lost a little height.

Was he still living in Yeovil at this time as he grew older or did he ever move away?

He remarried, I’m sorry I don’t quite know the date, but he remarried, probably before I was born, in the forties, and then he moved to Bournemouth. He finished his days in Bournemouth by which time, of course, Westlands had been sold and it was out of the family business.

Was he a wealthy man, I mean, really wealthy? Millionaire status would you say. I mean he must have had a lot of money?

Ah, but he gave it away. He did some very remarkable things. He supported an enormous number of Christian activities. He did a lot of preaching. He did a lot of publishing of books. I could tell you two or three families that he rescued during the Spanish Civil War and missionary families who had to leave in a hurry with nothing and he arranged for their accommodation and helped them get established.

Yes, he was wealthy but you never got the impression that he was a millionaire. You know, he felt that he was given money and it was in trust to be used for good things.

Tell me more about his religious beliefs?

He was soundly a follower of Jesus and his understanding of the Gospel and His message that we needed to respond to His offer of forgiveness when He died on the cross was a very key message and he spent his whole time telling people about the fact that one day that we will all face judgement but that Jesus has made it possible for us to be forgiven for the way that we fall short of God’s standards and that we can enter into a life of service and obedience to Him and he was one of the pilgrim preachers who set out from Yeovil and walked right across the south east. There were a number of men who set out and they went to a place and they would preach there and be put up there and then move on. He wasn’t able to participate for very long because he was running the business but he certainly did meet them at certain points and encourage them and help finance them.

These religious beliefs, do you think they played a part in how he operated the business?

Oh, absolutely. Yes, it made a very significant part of how he did his business. He was an engineer. He was the one who generated ideas. Ernest was the Chairman who did a lot of the politics and the negotiation and the organisation but it was Percy who really developed ideas, built teams, developed such a wonderful network of working together, drawing in ideas whoever they were.