You are here: Home>Topics>Trade unions>Val Edmunds is a Performance Engineer at Westland and remembers going on strike 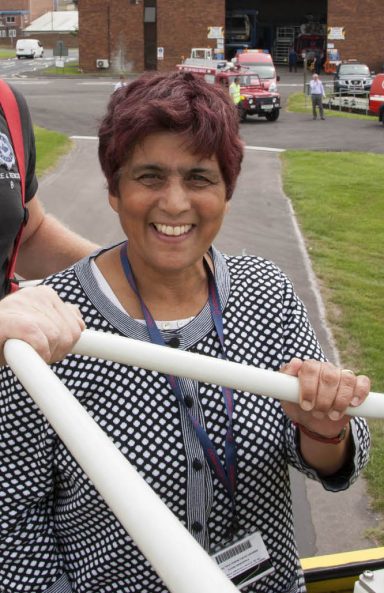 I am in the union and have been ever since I joined, and I have been on strike. We went out on strike not long after I arrived, in support of, I think it was the Computer Bargaining Unit who, I can’t remember the exact details, but we were out on strike for quite a while and again that was, I mean, it was awful and people were having terrible times but in a way it was also quite exciting to be part of that industrial action but yes we really did struggle because we had just started buying a house and all that sort of thing so it was a difficult time, but we were young then.

How long did the strike go on for?

I think it was weeks – weeks and weeks because I remember we had to defer our mortgage and that was what we had to do so obviously it must have been more than a couple of months.

And what was the issue?

The issue was that I think terms and conditions of some people had been changed, just out of the blue really and we went out in support of their problems.

Did you stand at the gate?

Yes, we did stand at the gate and we had pickets. We were quite nice pickets though, I don ‘t remember being awful.

Any other times that you took industrial action or was that the only time?

There have been times when we haven’t done over time. I don’t remember being out on strike again since then although I would have done if we had been but I don’t remember the exact details.

Are you still actively involved with the union here?

Well, the union is not as active I would say as it was then but I am still a member and abide by whatever they come up with and take the decisions as you have to be in it if you want to make decisions.

Are relationships good here, would you say, generally speaking?

It has become different, more recently, it is difficult to tell, how to compare it because, of course, a lot of our management are now Italian and it’s quite a different style to how it has been over the years so, it’s just different. It takes a bit of getting used to perhaps.