You are here: Home>Topics>Petter family>Jack Sweet is a local historian in Yeovil and recalls that members of his family worked at Petters and Westland 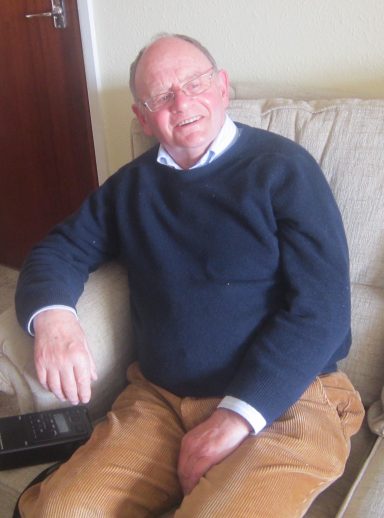 One of my mother’s uncles, Herbert Sweatman was, in fact, the chief mechanic for one of the Petter brothers. In fact he, with, I think it was, Percy Petter took the first Petter car to London, back in about 1896 and my grandfather, who was a coachbuilder by trade, was working with Hill and Ball, large Yeovil carriage builders. He worked on that first car, which was basically a carriage with an engine fitted to it. Herbert Sweatman went on to be a chief mechanic with Petters and he travelled all over the world fitting engines for the company, and grandfather was with Hill and Ball until he started his own business back in the early 1900’s.

Margaret’s father, he was a sheet metal worker with Westlands. One of her uncles was in the experimental workshop, he was a chargehand and, in fact, he did an awful lot of flying back before the war as a passenger when they were testing various aircraft, going to Martlesham Heath and places like that.

Another uncle was foreman. Steven Sweatman, was foreman of the wood mill, was awarded an MBE for his work at Westlands. Another uncle, Dick, was in the experimental shop. So, I think this is typical of people who lived in Yeovil. I mean our relatives worked at the company. Margaret’s father, as I said, was a sheet metal worker but he came to Yeovil, having left the Royal Airforce in the early 1920’s and came to Yeovil, to Westland Aircraft, as a sheet metal worker.

This seems to be the general pattern. People came to the town to work at Westlands and before that to work at Petters because Petters was one of the premier engineering companies in the country. I mean Petter oil engines were well-known across the world and I think by about 1915 they’d sold somewhere in the region of ten thousand engines, which is quite a lot when you compare the time of the century when travel was not as easy as it is now. And, it’s interesting that Petters would send their engineers to set up these engines. No matter where they were bought, the engineer would go and set the engine up and it would leave it there because the engines just went on and on and on. They hardly needed any maintenance because they were so well built.