You are here: Home>Topics>Apprentices>Paul Haig is Chairman of the Westland Apprentices Association and organised major fund raising events to mark the 100 yrs of the Yeovil factory 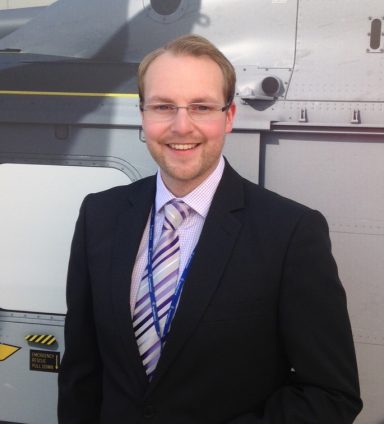 Because it was the centenary year and because we were also raising money for a charity, now known as Blind Veterans UK formerly known as St Dunstans, they were also celebrating their centenary year. We were also raising money for the Yeovil Opportunities Group as well. So we were able to get in contact with the two charities. Blind Veterans UK had a lot of contacts. They helped us enter competitions such as the London Marathon and the Prudential Ride London Surrey One hundred cycling contest. So we went and entered a few teams. We had someone running in the London Marathon who managed to raise around two and a half thousand pounds, just from the generosity of everyone on site. We also had a cycling team that managed to raise a few thousand pounds as well which was absolutely fantastic.

We also had a lot of merchandise because it was the centenary year we were trying to get interesting merchandise which showed the development throughout the year. So we had a centenary calendar which a lot of people purchased which was fantastic and it showed aircraft all the way from the aircraft that we first developed in 1914 all the way up to the present day aircraft that we manufacture today which was nice to look through. We also have a lot of company logos so we put some of the more interesting ones on t-shirts and people purchased that. It was another real fundraiser for us and we had a lot of other events. We had a beer and cider festival that we do annually and also the Centenary Day itself where everyone was very generous and, yes, thank you all for doing that.