You are here: Home>Contributors>Stephen Petter>Stephen Petter, grandson of Guy Petter, remembers his Uncle Bill Petter who designed the Lysander and Canberra Bomber 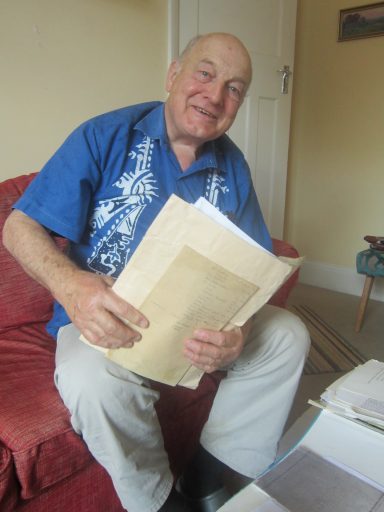 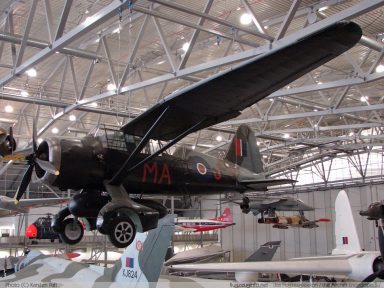 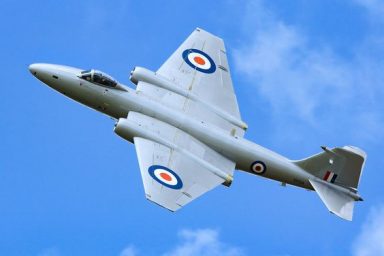 The Petter factory of the First World War had been turned over to the assembly of aircraft. They didn’t design them but they assembled other people’s aircraft in huge numbers in the First World War so Bill Petter became an aeronautical engineer and he kept designing really brilliant aircraft but he would always fall out with his management and so he’d go off with his new plans to another company and build another aircraft and then fall out with them and go off to another company, so he built a number of very famous aircraft, one of them was the Lysander, which was very much used in the Second World War, particularly for taking agents into France. It was very light and had a very, very short take-off and landing. Another one was the Canberra Bomber which was extremely successful and was used by the Air Force for many, many years. He did the initial designs for the P1. He got angry with the whole aircraft industry for being very extravagant and for building things much more expensive than they need be and he went off and joined Folland and he produced the Folland Gnat which was a lightweight fighter aircraft which was used by one or two air forces in the world but then was converted into being a trainer and was used for training and also was used by the Red Arrows for many years.

So he had an interesting career but he also had a religious streak and used to disappear for weeks at a time to go off into retreats. We didn’t know much about him. I once met the Provost of Coventry Cathedral and he said that he knew him, he became a Buddhist and went off to Switzerland? Well, it wasn’t quite that. What happened was that quite, fairly late in his life, I’m not quite sure whether he was in his sixties, his wife got very ill and they fell in with a religious, what do you call it, you know a very small religious, very intense, religious group

A sect or a cult?

Yes, sorry a cult or a sect run by a Frenchman, in France or initially in Switzerland, and he gave up everything. He came back to England, sold all his property, gave it all to the sect and lived with them because they said they’d be able to cure his wife, who had Parkinson’s, I think it was. She had one of those incurable diseases. Well, he fell ill and died. She actually survived for quite a considerably long time, a very long time.

A couple of years ago Westland Aircraft were told by some French local authority that the grave of Bill Petter was about to be re-used and what did they want to do about it and initially there was talk about re-interring his body back in Britain. Francois said no don’t do this with the body but why can’t we just have a plaque in his memory at Westland Aircraft. The word went out that there was going to be a plaque unveiling and they came from far and wide. They came from Australia and America and Canada and Scotland and Wales and so on and we all went to this event which was done on the same day as the Open Day which I hadn’t realised until I got there.

The Petter family were very big in Yeovil, you see. They were, I think, the principal employers for many years and there are many landmarks in Yeovil to remind you of the Petter family.