You are here: Home>Contributors>Colin Hague>Colin Hague was Chief Test pilot at Westland and recalls his first day working at the Yeovil factory 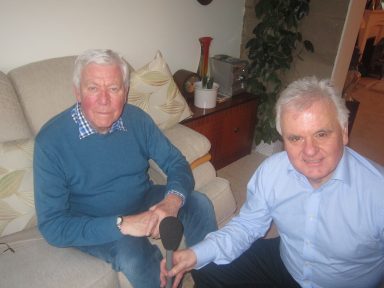 Colin Hague began working at Westland in 1978 and rose to become Chief Test Pilot. He remembers the company when he joined having factories outside Yeovil and employed many, many people.

It (the Westland factory) was very, very much bigger than it is now. There was something like 8,000 people worked on site at Yeovil then, a vast majority of whom came on bicycles. At 4.00 o’clock there was a great wave of bicycles down Westlands Road as people were going home.

There were guest outfits there as well, Normalair Garrett was on site, and Westlands had other factories at Weston-Super-Mare and up in the Midlands, as well as at Cowes on the Isle of Wight.

So, it was a very much bigger group.